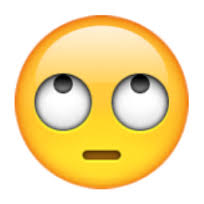 Your written communications are just as important as your spoken words. Sometimes, even more so.

Much of the time we spend using our various forms of technology (phones, tablets, laptops, etc.), we’re clickity-clacking at keyboards both virtual and physical. The majority of that typing is likely in the form of communications (e.g., emails, texts, social-media messages and comments). If we buy into the premise that 10,000 hours of practice on something will make you an expert, we might assume that our text-based communications should be expertly crafted. Surely, someone who spends this much time emailing must be an expert at it, right?

In 2015, there were 205 billion emails sent each day according to the Radicati Group. In terms of business emails, there were about 122 per person! OK, that’s volume – what about time? According to an Adobe Systems poll, American workers spend about 6 hours each day on email (and no, it’s not all work emailing that’s getting done).

It’s not surprising, therefore, that we feel overwhelmed by the time we spend on emails. In fact, we generally view emails as being a waste of our time; we wonder when we’ll be able to get to the “real” work.

Let’s look at the time spent on email from another angle: if the majority of your time conversing with others (particularly at work, but in your personal life as well) is through email (and other written communications), then that is very much “real” work and “real” communication that is happening. Given that, it’s important to keep in mind that relationship management happens over email, just as much as it happens in real life. That means you need to be just as cognizant of tone, emotion, using the right words, etc.

When you meet with a friend or you walk into a co-worker’s office, you almost always start with some sort of opening, right? Even if it’s just “Hey,” you generally say something before launching into your question or statement. And, when you’re done, you say “thanks,” and maybe exchange handshakes or hugs before leaving. Do you think it’s OK to forgo those pleasantries over email? If every email you receive fails to acknowledge you as a human being, don’t you think you may feel a little less “human?” Turn that equation around, and you have to remind yourself that others will feel the same way.

All of this is leading to a statement that’s going to raise some hackles: you are probably not spending enough time on email (or texts, or comments on Facebook). If you want people to respect you, you have to take the time to write cogent, well-crafted communications with few or no typos. If you want people to send you well-thought-out communications, then you have to send them yourself. You need to spend more time writing and re-reading your emails if you want to be taken seriously at work, and if you want to build and maintain relationships through the written word. Before you send your (well-written and well-thought-out, of course) hate mail, please read on.

The equation is simple: take the time to say the important things that need to be said in your written communications, and take the time to make sure it’s written clearly and correctly; in return, you will ultimately send fewer messages because there will be less need for clarification and fewer misunderstandings.

Your written communications are just as important as your spoken words. Sometimes, even more so. Let’s start a revolution right here: spend more time on your writing and spend less time on sending and receiving!!

Disagree? Think it’s silly to spend even more time on emails/texts/messages? Let us know by leaving us a voicemail at 646-653-9278 or sending us a message here.