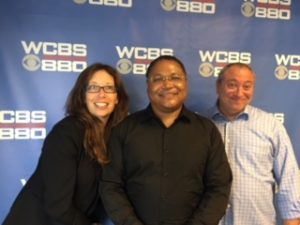 Tony Dofat returns to GutwiZdom just in time for the July 4th holiday, and he discusses what it truly means to be independent and free.

As the US celebrates 241 years of independence, we thought it was a great time to discuss independence and freedom. Deidre and JG were joined – again! – by Tony Dofat, Grammy-nominated music producer, composer, engineer, author, educator, and Musical Director at Bad Boy Entertainment Topics covered included what it truly means to be free, and Tony provides his unique and in-depth insight on independence and freedom in the music industry. Tony provided so much insight that we couldn’t possibly capture it all here…but, we gave it a try – see below! Listen to this incredibly engaging episode to hear it all direct from Tony!

TONY’S WIZDOMS ABOUT INDEPENDENCE AND FREEDOM

ON BEING TRULY INDEPENDENT AND FREE

To a certain extent we are all independent, and it brings some freedom. Physically, we are free. Mentally – this is a different realm for some races – many are not mentally free even if they are physically free.

ON BEING FREE TO BE WHO WE ARE WITHOUT JUDGMENT

We are judged by society – there is a way that people think you should live. A sense of expected decorum. If you don’t live by those standards, you are judged. My father is originally from China and came to US searching for freedom. While I was growing up – the child of a Chinese father and African-American mother – I was ridiculed and bullied for being ½ Chinese. In the music industry – many are on the “down low” about their sexual orientation because of the risk that their image will be tarnished.

ON FREEDOM OF SPEECH IN THE MUSIC INDUSTRY

It’s now the 225th anniversary of freedom of speech in the US, and I exercise my right to freedom of speech through music. Back in the 80s, Rap music was up against many bans, fighting for freedom of speech. An example was Two Live Crew. They were banned by some states for explicit lyrics. We felt it was more of an attack on Rap and Hip-Hop and less on the subject matter itself. Record store owners who sold the records got arrested! Luckily, it’s much better now.

ON ARTISTS AND FREEDOM

Artists are not necessarily more free than others. In order to achieve success, even an artist has to follow rules. A musician has to follow the rules of the investors, producers, etc. These rules are like telling an artist not to use certain colors – how is that any different than telling a rap artist what words to use? I tell my students: “there are no rules, make what you want, express yourself.” Whether or not it sells shouldn’t be the focus.

THE SECRET TO SUCCESS – IN ANY INDUSTRY

You should surround yourself with people that you want to be like, and you will eventually become successful. You are part of the company you keep. If you are around motivated people, go-getters, those who keep it real and authentic – you will be that way too.

OTHER WIZDOMS ON BEING FREE